What is the Safest Way to Buy WoW TBC Classic Gold

“Recent activity shows that a user on this account acquired gold through illicit means, such as gold buying, botting, or participating in other real-money transactions. As a result of this activity we have suspended this account until YYYY-MM-DD.”

Have you ever received a notification like the one above after buying WoW gold or WoW TBC Classic gold? We sincerely hope you haven’t because that message means trouble. Blizzard sends that notification to players caught buying in-game gold with real money and it usually comes alongside an account suspension. The suspension might only last a couple of days if it’s your first offense but Blizzard is likely to take harsher action if you buy WoW gold again and they catch you. They might even go as far as to permanently ban your World of Warcraft account.

Regardless of the suspension length, Blizzard will also remove all the gold you purchased from your account. Not just that but they will also take away any items or mounts you bought with the gold. Provided of course, you managed to buy any before your account was suspended. In other words, getting suspended or banned for gold trading is more trouble than it’s worth and is definitely something you’ll want to avoid.

And yet despite the potential repercussions, players still buy WoW TBC Classic gold every day without getting into trouble. How so? Simply put, you need to know where and how to buy WoW gold in order to avoid trouble. If you ignore those two factors, your World of Warcraft account will get banned. We’re going to take a look at how to avoid a scenario like that later on in this article, so stick around until the end. 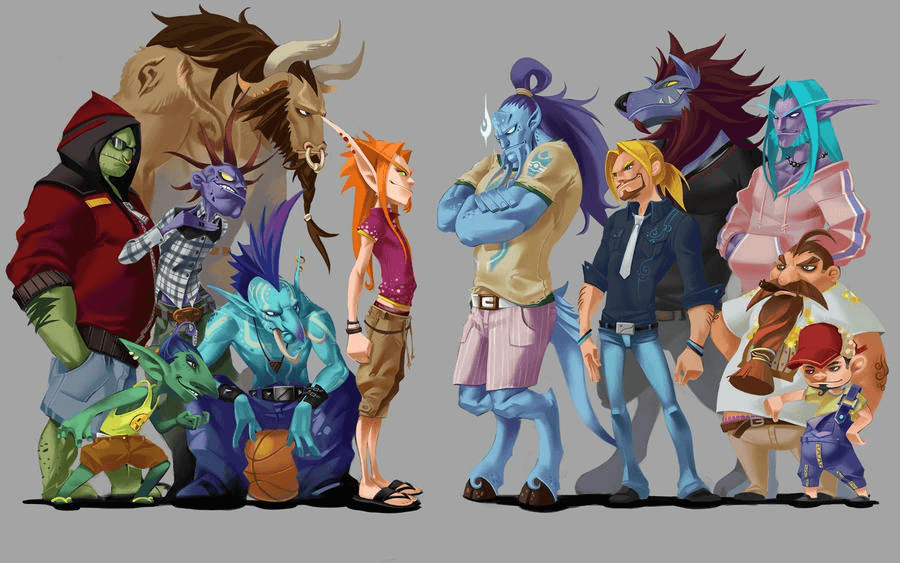 The Popularity of WoW Gold Trading

The idea of trading real money for in-game gold has been around since the original Burning Crusade expansion, which was released back in 2007. This practice only grew in popularity in the years to follow and reached new heights with the launch of WoW TBC Classic. It seems fitting that the expansion that popularized gold trading is now introducing it to a new generation of gamers. However, if you’re looking to buy WoW TBC Classic gold in 2021 there are a few things you should know.

Buying gold in 2021 isn’t as safe as it used to be back in the day due to the increased prevalence of scammers, as well as Blizzard taking a harsher stance against traders. Luckily, there are reliable websites like LootWoW where you can still buy safe TBC Classic gold without having to worry about any of those things. But before we discuss about LootWoW in more detail, let’s talk a bit about what to avoid when buying gold so you don’t feel the wrath of Blizzard’s banhammer.

The first scenario that can get your account banned in a heartbeat is buying gold that was stolen from a player. Similar to most other online games, World of Warcraft has a serious hacker problem, many of whom steal accounts and transfers their contents to a different character. The main reason they do this is to get their hands on either raw gold or valuable items that can then be converted into gold.

As someone who simply wants to buy WoW TBC Classic gold, you wouldn’t necessarily know where the currency came from. If it does come from a hacked account and ends up in your inventory, there’s a high chance you will get blamed for it even if you didn’t steal it yourself. You might not get banned outright for this but you will likely get suspended.

A big mistake lots of players make is deciding to buy TBC Classic gold by meeting with the seller “face-to-face” in-game. This is a bad idea because Blizzard has people who monitor everything that’s going on in their game, including transactions of course. Since players very rarely meet in-game to exchange large sums of gold, this immediately raises some alarms and could prompt Blizzard to investigate or monitor the characters involved.

Receiving the gold you purchased via in-game mail is a slightly better option but not a very safe one either. Blizzard has a history of all transactions that occur between players via email along with a system that alerts them when something suspicious is going on. Like, for example, someone receiving a ton of gold from a different player out of the blue. Back in the day, Blizzard would only ban gold farmers for taking part in these types of transactions but now players who buy WoW gold get banned just as often.

The third scenario is arguably the worst one because it can have ramifications outside the game. In this scenario your data is collected and made public by the very websites you used to buy WoW TBC Classic gold from. Like many other companies on the internet, malicious gold trading websites collect user data and sell it to third parties for profit. From there, it can end up pretty much anywhere, including in the hands of Blizzard.

In some cases, gold trading websites aren’t trying to intentionally hurt their customers but they might accidentally reveal your identity by simply messaging you in-game in regards to the transaction. Blizzard monitors both the whisper system and the in-game mail so if the seller contacts you directly, you’re in trouble. The best thing you can do in these cases is to not reply, but you might end up getting banned anyway if the transaction goes through.

How to Buy Safe WoW Gold

Now that you know what to avoid when you buy TBC Classic gold let’s talk about the safe way of getting some gold in your pockets. There’s actually only one foolproof method and it involves the auction house. With this method you simply list items on the in-game auction house and LootWoW buys them from you for the listed price. Naturally, the items need to be sold for a much higher price than their actual value, but you also need to make sure not to arouse suspicion by listing a white item worth 50 silver for 5,000 gold, for example.

The best way to go about it is to list regular BoE blue if you’re buying around 2.000 gold or less. For instance, items like The Essence Focuser, Blade of Trapped Knowledge, Witchfury or Persuader would work perfectly. Meanwhile, if you’re planning to buy particularly large amounts of gold, it’s recommended that you list epic items to avoid any suspicion. This goes without saying, but don’t list any items you need or items you’re happy to sell for the standard price at the auction house. The goal is just to make the transaction look natural, so only list items you can spare.

As far as the actual process is concerned, you start by visiting the official Lootwow_website and picking the version of the game you’re currently playing. It can be WoW TBC Classic, Shadowlands or even the original WoW Classic. Once you’ve made your choice, select your server and region followed by the amount of gold you wish to purchase.

Head to checkout when you’re ready and fill in the required information, including email, payment method and the delivery method. We recommend Auction House for maximum security, and the Lootwow website also pays the auction house fee for you. For example, if you want to buy 1,000 gold, then you can list items for 1050g buyout. However, LootWoW does also support in-game mail and face-to-face if that works better for you. Finally, don’t forget to add the name of your in-game character.

There’s a good reason why LootWoW is one of the best gold trading websites on the market right now. The people running the company have been selling gold for a very long time and they put user safety above all else. The people farming gold on behalf of LootWoW are just regular players like you and I who have a very deep understanding of the game and know all the best farming techniques. There’s nothing to worry about anything illegal going on here because you’re essentially buying gold from fellow World of Warcraft players.

Another reason why you should consider LootWoW is because you are not asked to disclose any sensitive personal information when buying gold from the website. The site only asks for the bare minimum info needed to deliver the gold and will contact you in case something goes wrong. It’s worth keeping in mind that LootWoW representatives will never contact you in-game to discuss any potential issues. As mentioned previously, in-game communication between buyers and sellers is a bad idea. Instead, there is a chat system and help center available on the website where you can get in touch with them.

Finally, LootWoW only uses secure payments systems like PayPal for every transaction and offers a 100% refund guarantee if your order is delayed or unable to be delivered for any reason. The company has a fantastic customer support system that you can use 24/7, every day of the year. If you’re still not convinced, check out LootWoW gold and see for yourself. WoW gold is available for as little as $4 so you don’t have anything to lose.